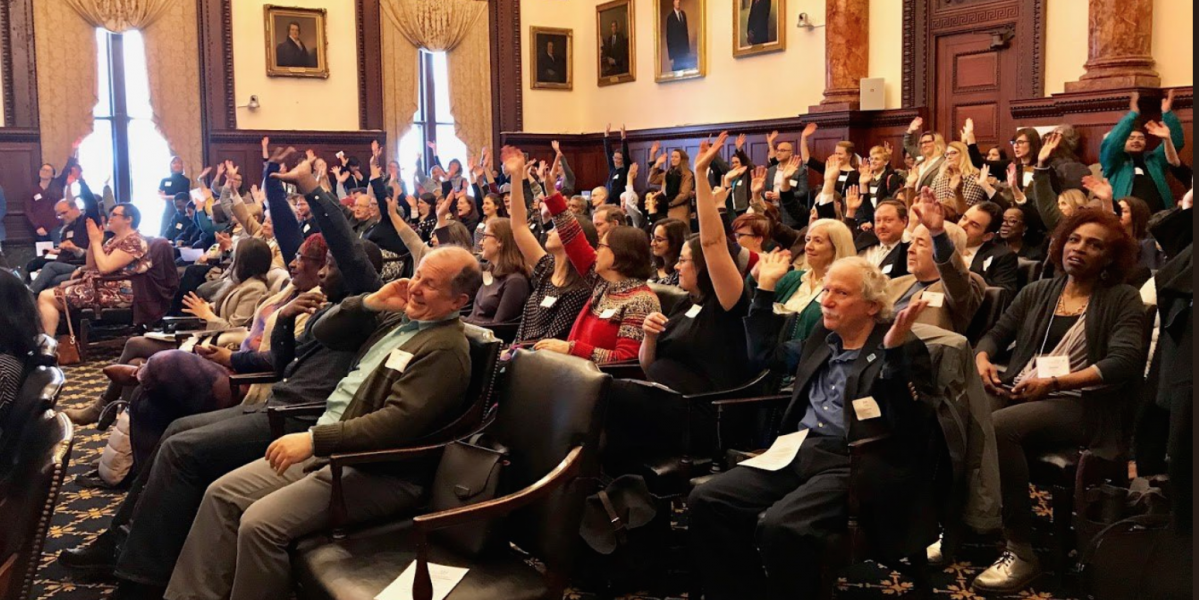 Our Stories
Deconstructing Power Dynamics Between Artists + Funders
What can CW do as a fiscal sponsor and an "intermediary" organization to lessen the gap?

Money moves. Cardi B said so. And if there’s two lessons I’ve learned from Cardi’s realness, it’s to:

1. Unapologetically live your truth.
2. Realize the power of purse strings
(and who/what holds them).

Power, whether through organized people or organized money, is the force that changes systems, and changing systems is the only way to achieve equitable outcomes for all of our communities.

As an organization, we, at CultureWorks, can not truly strive for and advance equity until we understand our own power and privilege in society, as well as in relation to our members and the communities we serve.

With this in mind, we’re continuing to examine our relationship to power (individually + organizationally), knowing full-well that this work will never end. It will continue to evolve, far beyond our recent work with the Anti-Oppression Resource & Training Alliance (AORTA). It’s our daily practice, our bread for sustenance, especially if we want to avoid the all-too-common pitfalls of the nonprofit industrial complex, a system which forces nonprofits to professionalize, where they must focus on maintaining funding sources rather than fulfilling their missions.

Ugh. That kind of mission-drift is my worst nightmare.

SO, HOW DO WE HARNESS OUR POWER AS A FISCAL SPONSOR?

In 2004 (six years before the inception of CultureWorks), at the INCITE! Conference in Santa Barbara, the following question was asked:

"Are there ways the non-profit model can be used subversively to support more radical visions for social change?"

Call me a dreamer, but I believe that fiscal sponsorship – when conducted in equitable and empathetic ways – can be a subversive alternative to the traditional non-profit model, which implies that “every organization is its own island”. Yes, I understand that fiscal sponsors still operate within the overall non-profit system; yet until that system is deconstructed*, how can artists work within the existing structure to harness its resources to do their necessary and urgent work?

*Before moving forward, I’d like to acknowledge CW members, like The Womanist Working Collective and Black & Brown Workers Cooperative, who are working on dismantling systems of capitalism and white supremacy, forces which uphold traditional, often oppressive structures. It’s also worth noting that both of these groups are led by people of color who fight tirelessly to create alternatives, whether through direct-action + organizing and/or the creation of new alternatives, like time-banking initiatives.

In the struggle and transition toward a more equitable world, I still believe that fiscal sponsorship has the capability to be liberatory and speak truth to power. I also believe that fiscal sponsors have the power (and responsibility) to help organizations not only survive, but thrive. They can ensure that folks not only have access to the resources they need, but also that they feel heard, supported, and empowered to live out their creative and personal visions.

And one of those resources that fiscal sponsors can share is our relationship with funders.

WHEN YOU’RE AT CULTUREWORKS, YOU’RE FAMILY

As a management commons for over 220 creative + cultural practitioners, CultureWorks provides comprehensive fiscal sponsorship to 100+ projects. Through this sponsorship, we share an array of back-office services, as well as our 501c3 umbrella, which allows these projects to access the benefits of a tax-exempt nonprofit, including (but not limited to) charitable funding + grants.

In essence: Our fiscally-sponsored projects are a part of us. They’re family. With this in mind, CultureWorks seeks to be not only a financial pass-through for dollars, but instead a home-base for our member’s work and wellness.

Some academic folks might call CultureWorks an “intermediary organization”, essentially a connector between artists + funders. One Grantmakers in the Arts’ article described this position as one “occupying both sides of a boundary or threshold, a place where relationships with both funders and artists must be continuously navigated with balance and grace”.

And this position holds power. For us and our projects. It’s one of the reasons why we work hard to create bridges between artists + funders, holding both parties (and ourselves!) to accountable and transparent practices. Over the last few months, we’ve:

And still, all of this is just scratching the tip of the iceberg - yet change sometimes happens in small incremental steps. We’re here to help those steps move forward.

"I believe that fiscal sponsorship has the capability to be liberatory and speak truth to power. As fiscal sponsors, we have the power (and responsibility) to help organizations not only survive, but thrive - to feel heard, supported, + empowered to live out their visions."

WORKING COLLECTIVELY TO BRIDGE THE GAP

Do you know about the Philadelphia Cultural Fund (PCF)? Established in 1991, PCF exists to enhance the cultural life and vitality of the city by promoting arts and culture as engines of social, educational, and economic development. They play a key stabilizing role for numerous organizations by providing much-need general operating funds (yes, general ops)!

As described above, a few months back, Jamaine and I had the pleasure of leading a design thinking session at EAL: Philadelphia’s Creative Conversation Symposium. The topic: “Deconstructing Power Dynamics Between Artists + Funders”, which centralized around the following question:

"How might we bridge the gap between artists + funders in the next 5-10 years?"

With this topic in mind, we reached out to our colleagues and friends at PCF, who have been advocates for our work and the work of our fiscally-sponsored projects - as well as the cultural community at-large. Michelle Currica, PCF’s Program Manager, answered our call as a thought partner for this presentation - bringing the much-needed perspective of the funder into our conversation, which set out to:

We knew these were lofty goals and understood that we weren’t going to “fix” power dynamics over the course of a few hours. After all, as the brilliant Michelle Currica theorized, artists are often “speed-boats”, ahead of their time, turning quickly to address social and community needs through their work - while funders are, let’s say, a bit slower in response. Let’s think of them as “ocean-liners”, often aware of issues but slower to turn, given systems and structures which sometimes inhibit those motions. Even still, the importance of just beginning this conversation, and collectively proposing possible solutions, felt crucial. 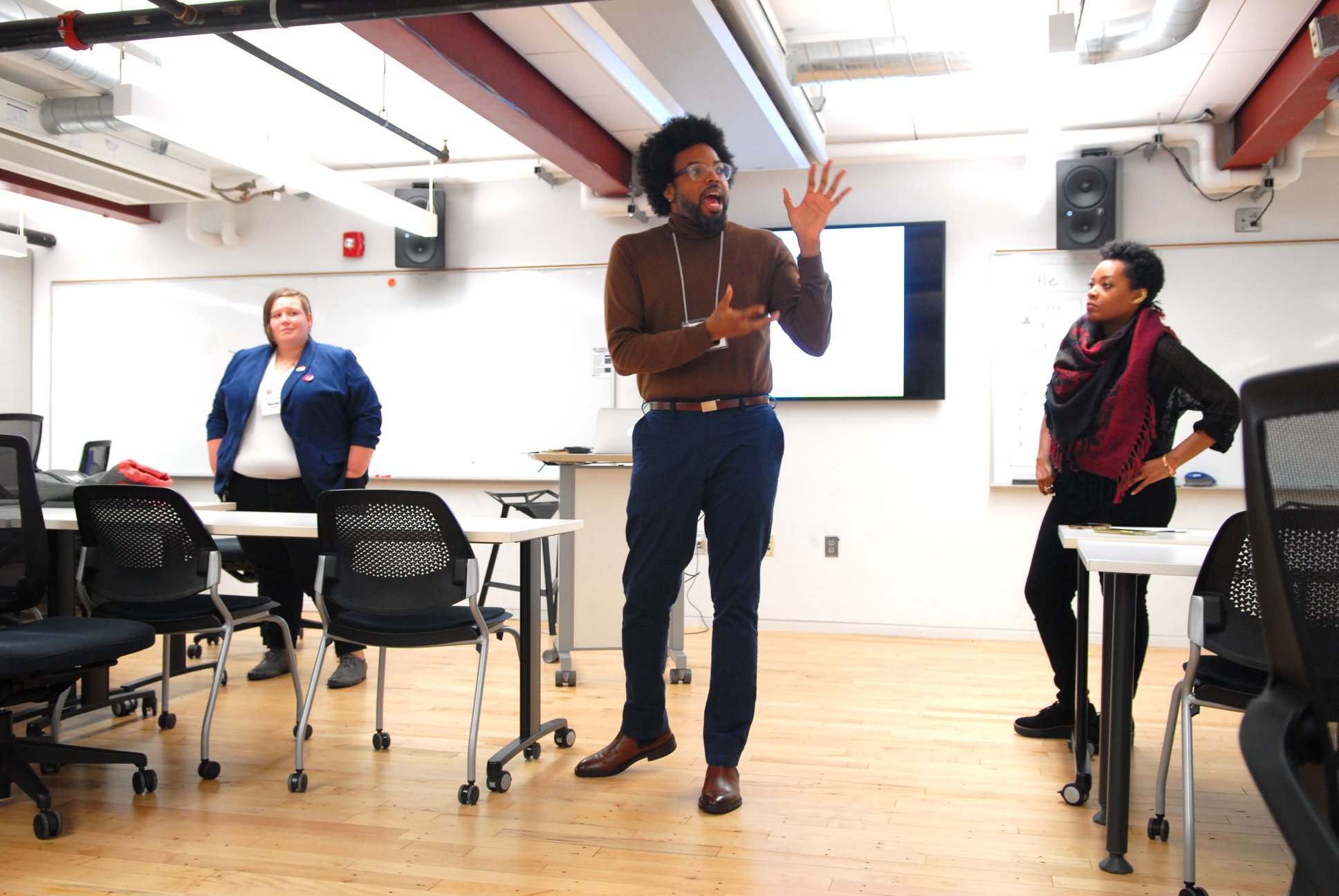 Findings from our discussion reinforced much of what we already knew (lack of communication between funders and artists, especially outside of grant cycles; not enough equity in grant panels; how to open grants up to non-traditional applicants; etc.). However, the collective solutions of the room sought to address these issues in a myriad of ways, from bilingual outreach sessions and equity auditors to artist and funder story-slams and customized match-making apps (yes, think Tinder for artists + funders).

I’m sharing these take-aways with you to:

Last week, PCF granted $2.68 million, providing 339 organizations across the city with general operating funds. This is the largest number of grants in the Fund’s history - and the largest amount of funding that our fiscally-sponsored projects (and us!) have received from PCF. To break it down, check out the infographic below: 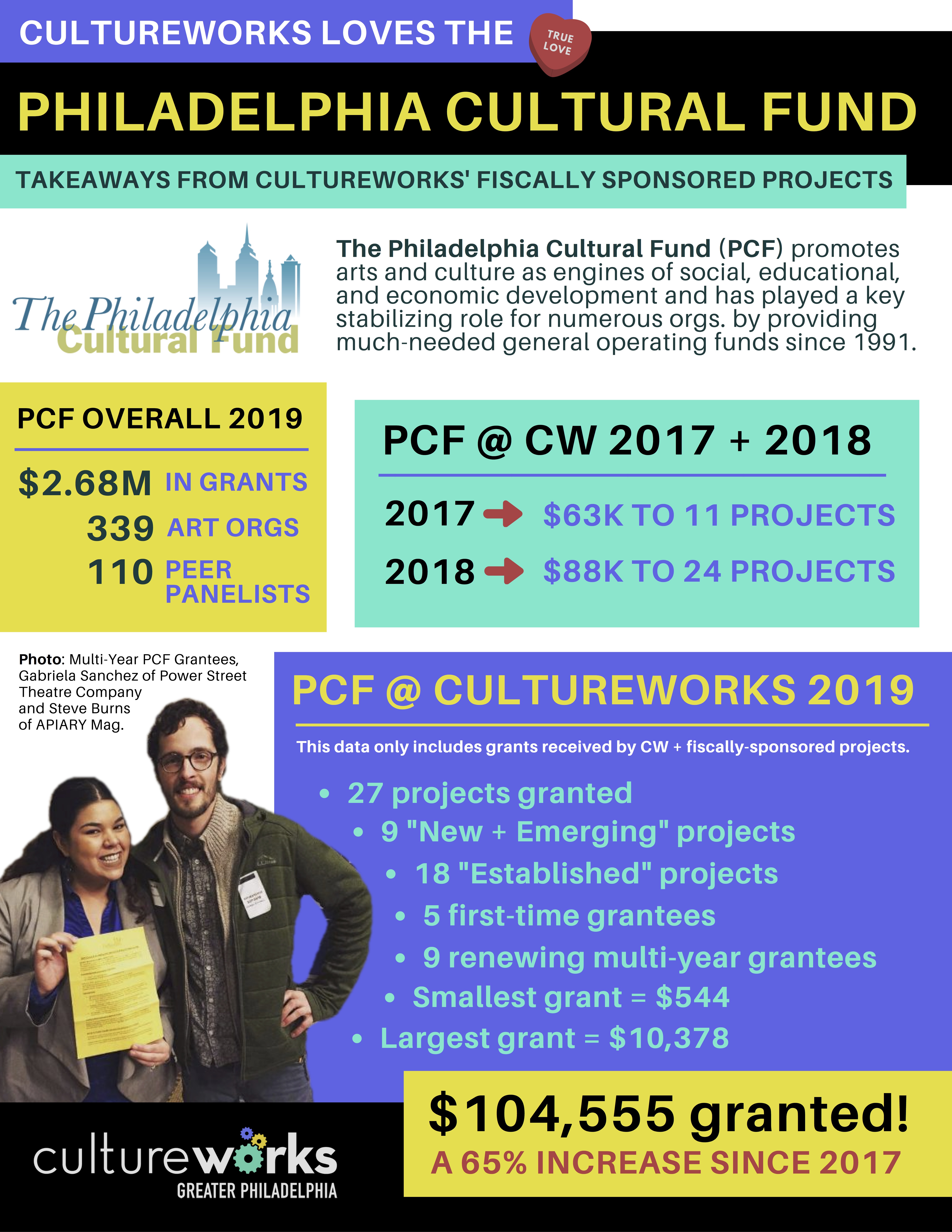 While a total of $104,555 to 27 projects (a 65% increase since 2017) is incredibly meaningful to us and our projects. This increase also illustrates how our relationship with PCF has been an evolving one, where mutual listening and support has been present. Over the last few years, there’s been lots of real talk and generative action, on both sides, to essentially create a more accessible, meaningful application experience for our artists.That said, as I think about the future of funding, this relationship gives me hope for our sector and for new ways for power to ebb-and-flow in shared responsibility.

Whether we’re building, sharing, or wielding power, CultureWorks is here to support the impactful work of creative and cultural practitioners in our region. We’re not always perfect, yet as we continue to explore our role as an “intermediary” between artist and funders, we promise to do our best - and encourage you to join us on this journey.

In the upcoming weeks, we’ll be hosting several workshops that address how money moves, both within and beyond funders, including individual donor development, grantwriting, and how to ask for money (without shame). We’d love to see you there, to learn and dream together. 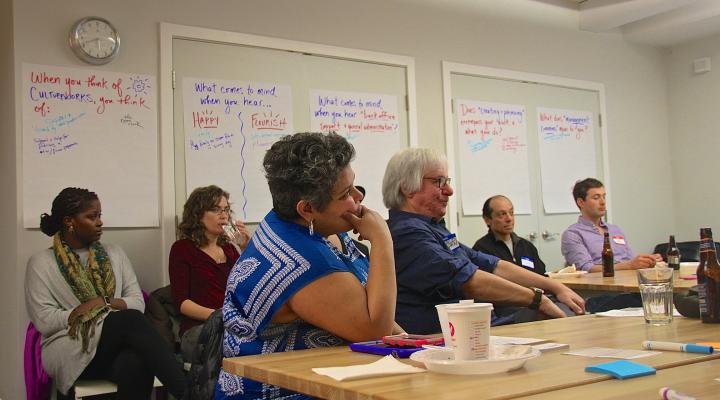